Life in 2030: What Will the Courier Business Be Like 10 Years From Now? 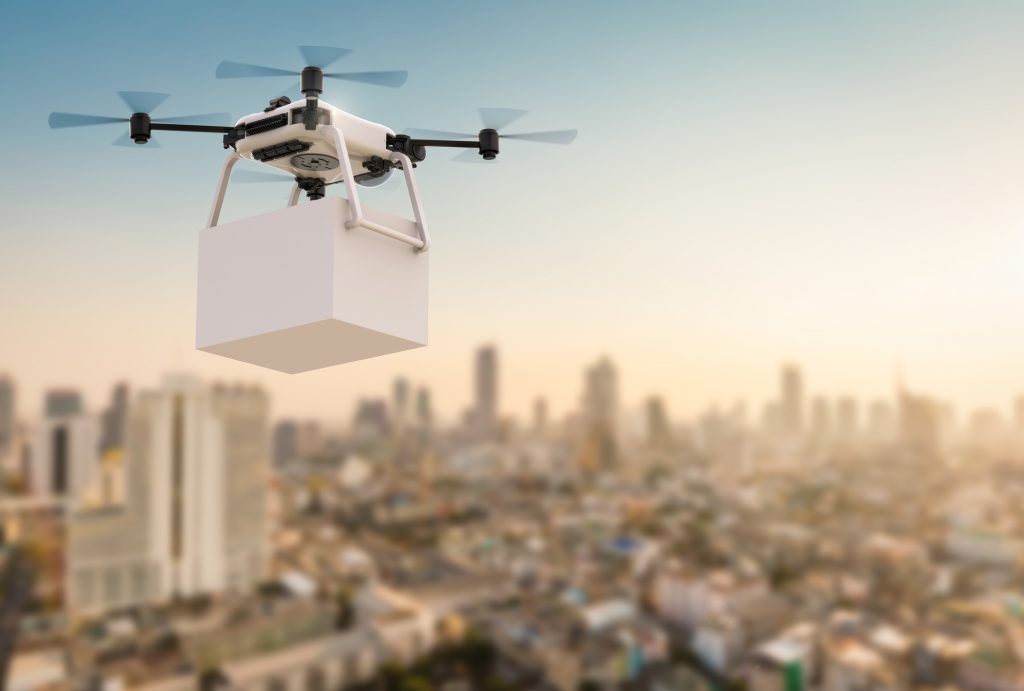 Predicting the future isn’t as easy as it used to be.

There was a blessed time when talk of the future conjured images of flying cars, household robots, rocket-ships, and maybe a ray-gun or two. Well, we’ve got household robots…sort of.

But if the past is prologue, we should expect bewildering changes in even such a short span as a mere ten years. And that means that life in 2030 will have significant changes in store for us.

Nowhere will this be more evident than in logistics technologies. Over the next decade, we can expect to see massive disruptions in final mile and courier technologies.

Same-day delivery? That’s so 2020. In ten years, we’ll be talking about same-hour delivery.

It may not be possible to precisely predict the future, but we can always indulge in some informed speculation.

And that means extrapolating future trends from past developments. The future of logistics will extend what we’ve already witnessed: a scramble to develop faster and more efficient delivery technologies.

These systems, which are evolving even now, will transform every aspect of the supply chain. It will be most noticeable in the courier industry, which directly impacts the customer. But it will also affect the entire global shipping network.

While courier and last-mile delivery technologies are the most visible elements of supply, it all begins with the global supply fleets.

Futurists have long been speculating about how autonomous systems will disrupt these shipping networks. Ninety percent of the world’s goods move by ocean freight, and seventy percent of that cargo is containerized.

Right now, these ships are manned by human crews. But some companies, such as Rolls-Royce, have envisioned replacing them with autonomous drone ships. These “ghost ships” will begin operations in 2025, and will be commonplace by 2030.

The Evolution of Freight Movers

The move to autonomous vehicles will also affect the ground-based transportation industry.

As fifth-generation (5G) mobile networks innervate the world, autonomous systems will come into their own. Self-driving trucks, already plying the roads in some states, will be an unremarkable sight in 2030.

In 2030, local brokerages might operate through a mobile app that pairs truckers with a shipment based on rates and scheduling. Such a scenario streamlines pickups and deliveries, increasing the efficiency of logistics technologies.

One of the more futuristic scenarios for 2030 revolves around the idea of “anticipatory shipping.”

This is an idea being explored by Amazon. It relies on the same kind of predictive analytics they use to make suggestions based on your purchase history. Anticipatory shipping also means guessing what consumers will want.

The items are then shipped partway to the ultimate destination.

The products can be stored in smaller, local warehouses and distribution centers. Then the goods are just shipped to the customer’s address for same-day delivery.

3-D printing is another technological innovation that may bring great disruption to the courier industry by the end of the decade.

It’s suggested that up to a third of current items can be 3-D printed. With the evolution of more sophisticated, household 3-D printers, it might be possible for consumers in 2030 to just download a file for the item they want and print it out themselves.

A likelier scenario might be the creation of industrial 3-D printing facilities, which would act as local hubs to print out a customer’s order, and have it delivered…perhaps within twelve hours or less. Further down the road, additive manufacturing may completely change the face of the logistics industry.

But, for the time being, 3D-printed goods will only further stimulate the public’s appetite for on-demand deliveries.

In 2020, any vision of the future inevitably includes swarms of package delivery drones darting through the skies. We’ve heard a lot about these dreams…but, so far, they’ve failed to completely materialize.

So it’s somewhat surprising to learn that there are a number of companies that are already making drone deliveries. For instance, in Africa, Europe, and parts of Oceania, drones are routinely used to deliver food and medicine.

But by 2030, we’re likely to see much, much more. Drones will be longer-range, more versatile, and—by incorporating 5G and later networks—vastly more intelligent than current iterations.

And they might not be entirely limited to the skies. NEXT Future Transportation, for instance, has developed a “Modular Mobile Parcel Locker.” A fleet of these delivery pods would roam cities autonomously, delivering packages to a customer’s doorstep.

Other delivery systems could involve something like a “drone mothership.” This would actually be a truck that could dispatch a fleet of drones, aerial or ground-based, that would fan out to make deliveries throughout the neighborhood.

In fact, UPS has already tested such a system.

It’s impossible to predict what life in 2030 will really be like. Still, it’s fun to speculate about, and it’s interesting to see what new logistics technologies are being designed and implemented.

We do know what life in 2020 is like. At A1 Same Day Delivery, we’re experts in last-mile delivery, and we offer warehousing services.

So get in touch with us today to learn how we can help with your shipping and warehousing needs.

Need a Scheduled Delivery, RFP or a Special On-Demand Quote?